The little sanctuary of “Our Lady of the Pilar”

The tower of the little Sanctuary of “Our Lady of the Pilar” appears to people traveling on the Via Emilia from Castenaso heading to San Lazzaro, just outside Bologna.

Built in 1315 the little church was bought over by Cardinal Albornoz of the College of Spain in 1364 to host the Spanish students at University of Bologna.

It owes its name to a painting set on the altar, made by GB Bolognini senior in 1672, representing the Holy Mary on a pilar – “column” in Spanish – with the Apostle St. James on one side and the Martyr of St. Peter de Arbues – a former student at the College of Spain – on the other. 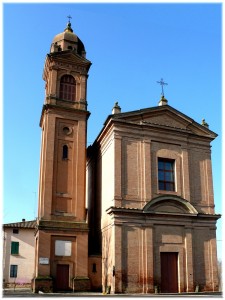 The Spanish devotion to Our Lady of the Pilar

The devotion to Our Lady of the Pilar connects with the origins of Christianity when, the tradition says, St. James left Jerusalem to go to Spain to preach the Gospel. In Zaragoza the Holy Mary appeared to him on a column, to encourage and confirm him in his apostolic mission. How the little church became a sancturay

Legend has it that, in 1699 Maria Maddalena Azzaroni, the eldest daughter of five, who lived in the neighbourhood, was passing by the church when she heard a mysterious voice calling her by name.

Dazed and confused, she entered the church and approached the painting. It was then that the Blessed Mary became alive, she later reported. She stepped out of the image, took her hands lovingly and recommending she’d always be devoted to her.

The Diocese of Bologna started a canonical process and in four years the little church became a Sanctuary to which was added a bell tower. Maria Maddalena became a nun in 1702 and she died in Senigallia in 1744.

Rossini’s and Colbran’s marriage in the sanctury

On the 16th March 1822, by special concession as it was Lent, was celebrated the marriage between Gioachino Rossini and Ysabel Colbran. This lovely church, which has magnificent Baroque interiors and fine stuccoes comparable with that of the most important churches of Bologna, provided the staging for the intimate cerimony.

That marriage was the crowning a great love and successful artistic alliance between the most prominent opera composer of the time and his muse, the divine singer, seven years older than him, he had met in Naples years before.

For Colbran Rossini wrote, among others, the “impervious” role of Armida, premiered in Naples in 1817.

The villa in Castenaso

Of the magnificent villa, the couple love nest, located nearby the church, there’s very little left now. A fire destroyed it during the Second World War.

The only remains of the a majestic palace, with had two side terraces overlooking the fields up to the circle of hills surrounding Bologna, are the gate and a pretty well, covered with a dome of stones.

Also recognizable the driveway and a small patch of trees and bushes which is all that remains of the secular forest that once hide the magnificent residence.

The purchaise of the villa by Spanish musician Juan Colbran, Isabella’s father

The villa was bought in 1812 by Isabella’s father, Juan Colbran, violinist and musician of the royal chapel of Spain from the College of Spain, along with the farm next to it, after the French invasion of the area.

Having discovered the exceptional qualities of his daughter Isabela, Juan had decided to interrupt his career and devote himself exclusively to her education and success, taking her first to Paris then to Italy, where she became a star.

The villa, large and elegant, surrounded by lush trees, was the ideal retreat for a young Diva at the top of fame who was destined to conquer glory and true immortality thanks to Rossini. 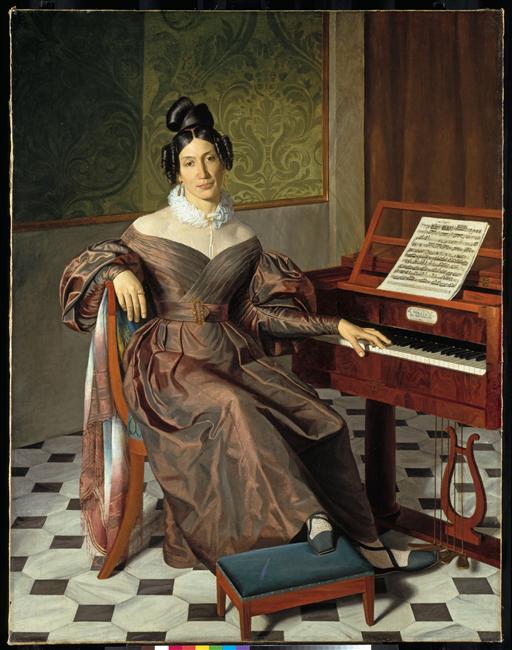 From love retreat to Colbran’s exile and death place

Meant to be a hidden and peaceful place for love delights, the villa saw instead the waning of the love between Rossini and Colbran.

The magnificent villa became the singer’s painful exile place, after the legal separation from her husband in 1836.

She lived there eight years, alone, fading day by day under the weight of a destiny that had given her honours and wealth but also an arrogant and whimsical temper.

The separation and loneliness

Rossini, heard of her serious illness decided, after years of rare public meetings, to pay her a visit. On September 7, 1845 he arrived at the villa and they had a long intimate conversation that left him very shaken.

The great Ysabel Colbran, one of the most famous singer in opera history, died in Castenaso exactly a month later, on October 7th 1845. She now rests in Bologna Monumental cemetery. 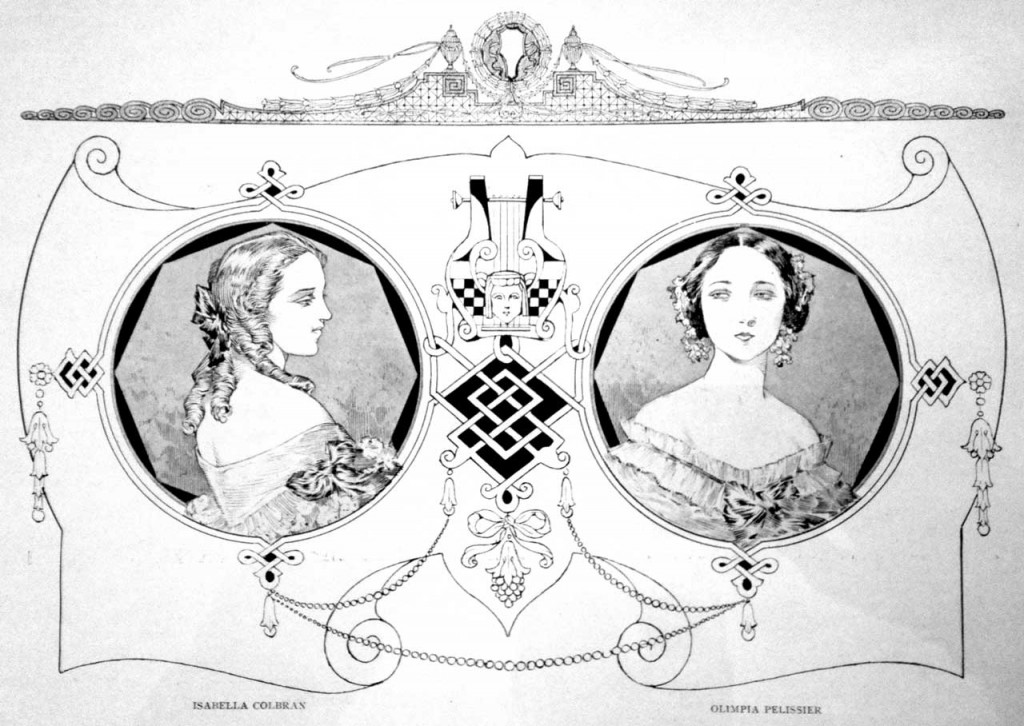