Luciano Pavarotti, one of the greatest tenors of our time, was born, as some know, in Modena, one of the culinary centres of Italy, with excellent restaurants – indeed some of the best in the country. One of the best-known delicacies of the Modena area is Gnocco Fritto or “fried pancake”, an original and very tasty substitute for bread. Pavarotti’s father, just like Mascagni’s, was a baker. That could be among the reasons why Big Luciano, who was also famously a gourmet, was particularly fond of this most delicious local recipe. 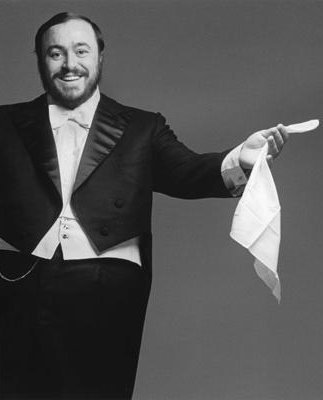 On its own or accompanied by cured meats or cheese, the best way to enjoy gnocco fritto is when still hot, with a generous slice of pancetta (bacon) on top. It can be also served cold as a snack any time of the day. In Modena people would have it even for breakfast, accompanied by a nice cappuccino.

Gnocco fritto is essentially fried dough and generally, comes in a rectangular shape. As it customary in Italy, the recipe which main ingredients are flour, water, and yeast, has many different versions and it’s even referred to in different ways: in Bologna it’s called Crescentina, in Ferrara Pinza, in Parma Torta Fritta.

If you are curious to try it out, why don’t you make it yourself? You will need 800grs to 1kg of flour, 1 table spoon of salt, 2 tbs of extravergin olive oil or 1 of lard or butter, 30gr of fresh yeast dissolved in a small glass of lukewarm sparkling water with a pinch of sugar, water or milk, when necessary, to soften the dough, lard or flying oil for frying.

The preparation is – at least apparently – simple: Mix the yeast with the flour, the extra virgin olive oil or lard or butter, the flour and a bit of milk or sparkling water, kneading until soft and smooth.

Please note that some versions of this recipe don’t include any yeast. If you want to try out the recipe without yeast, simply mix flour with butter (or extra virgin olive oil or lard), salt and as much sparkling water or milk as necessary to obtain the soft and smooth dough.

Place it in a large bowl, cover it with a cloth and leave for 30 minutes (if without yeast) or until it starts to rise. Roll out with a pin to obtain a sheet of about 1.5-2 mm thick. Cut into rectangles and fry in deep oil until golden. Place on absorbing paper to dry.