Giovanni Battista Pergolesi was born in 1710 in Jesi  a delightful town nearby Ancona – famous for its wine production particularly that of Verdicchio.

The surname Pergolesi refers to origin of the family from another small town of Le Marche: Pergola.

Pergolesi was born with a leg deformity and a poor health, so his father made all the efforts to provide him with a good education. He was warden of the local militia with various tasks, including the administration of the properties of the Society of Jesus. Through his position, he built useful relations for Giovanni Battista’s education, who received his first music lessons by two local priests, before enrolling with the city choirmaster. 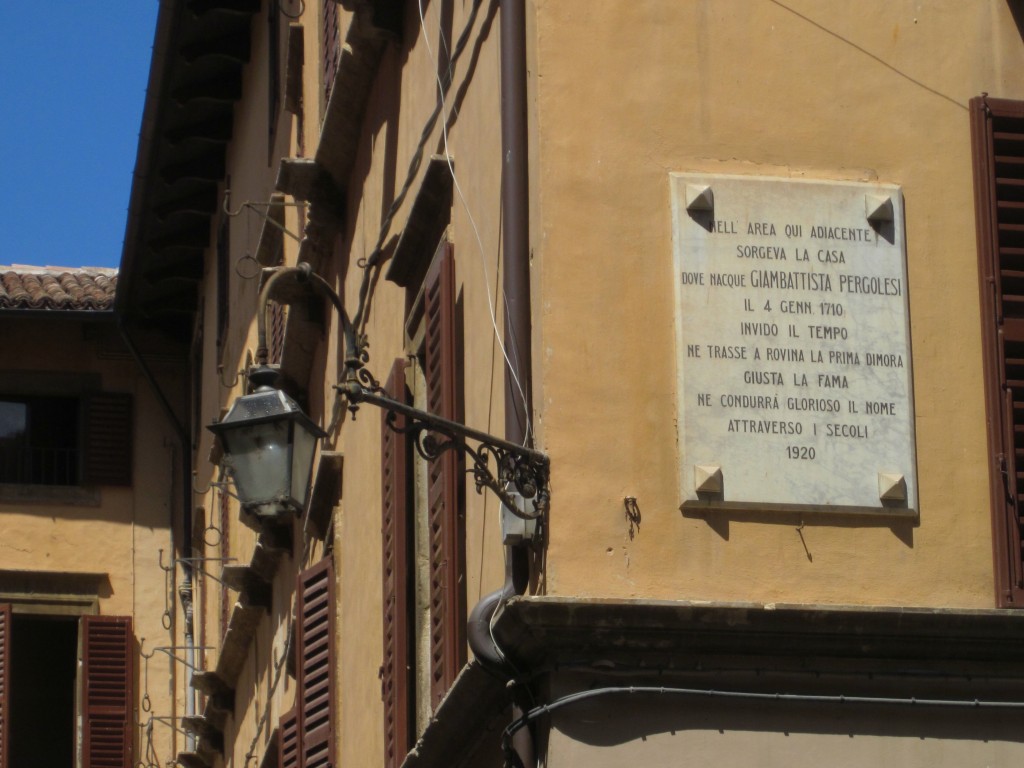 A plaque shows the location of Pergolesi’s birthplace

According to the legend, Giovanni Battista was a child prodigy. That’s probably why his father got the financial backing of Marquis Cardolo Maria for sending the boy to Naples.

In Naples Pergolesi studied in one of the conservatoires, probably with Francesco Durante, leaving at the age of twenty-one with a reputation as violinist and oratorio composer.

In the following five years Pergolesi wrote four Opera Seria, none of which successful, to the composer’s great discouragement. He also composed two comic operas and three intermezzos, as well and a large number of sacred pieces.

In 1734 Pergolesi was appointed choirmaster of the city of Naples but his steadily deteriorating health, early in 1736, forced him to leave Naples and move to a Capuchin monastery by Pozzuoli. There he spent his last days composing what is generally believed to be his last work, the Stabat Mater. 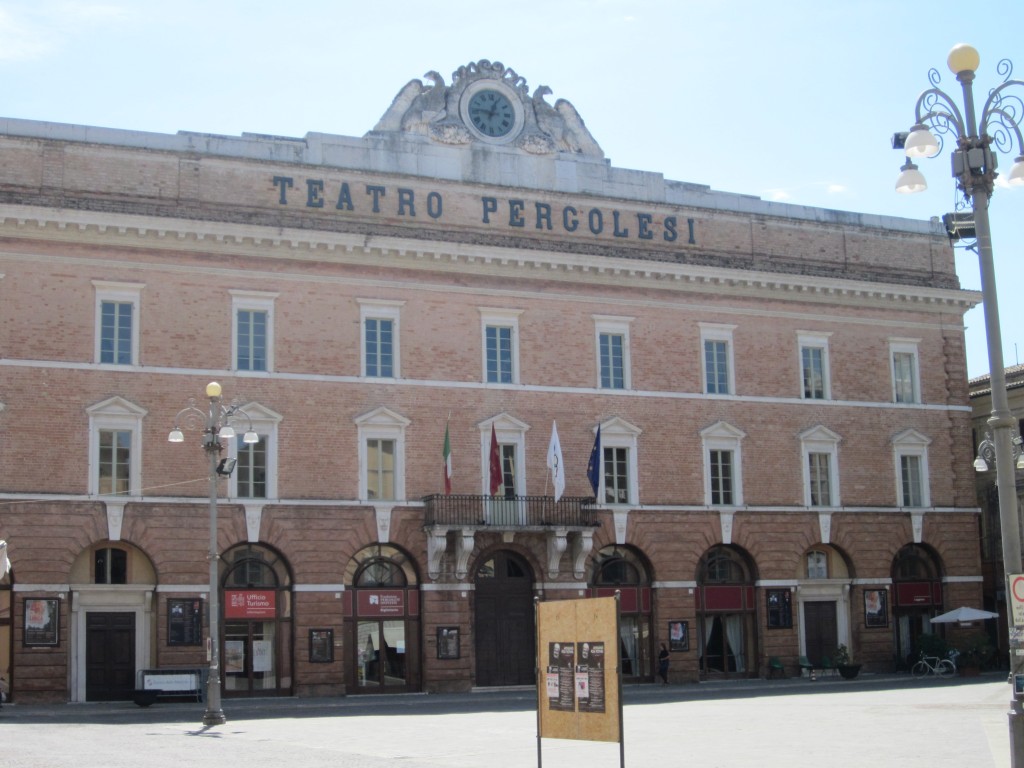 The importance of Jesi

Not only Pergolesi, but also composer Gaspare Spontini was born nearby Jesi.

However, Jesi is mainly important for being the birthplace of one of the most important and fascinating figure in medieval history, the second emperor of the Hohenstaufen dynasty Frederick II of Swabia (1194-1250) also referred to as the Stupor Mundi  “Wonder of the world”.

How happened that an extraordinary person such as Frederick II, the future emperor of the Holy Roman Empire, son of Henry VI and grandson of Frederick Barbarossa, was born in a little town such as Jesi?

Frederick was born during the trip that the Empress Constance of Hauteville had undertaken to reach Palermo to join her husband, crowned king of Sicily on Christmas Day, 1194.

People were skeptic about the pregnancy because of the Empress’s advanced age, so she ordered to set up a canopy in the center of the town square (now Fredrick II square).

Frederick was born there, in order to dispel any doubt about the birth of the heir to the throne.

The statue of Frederick II, one of the greatest kings of Naples, displayed on the facade of the Royal Palace on the Plebiscito Square, Naples

The great history of Jesi

This great event brought to Jesi enormous privileges. The town was awarded by Frederick II of the title of Royal City. The emperor also recognized and sanctioned the rights of Jesi and of the Castles surrounding it to organize themselves into an oligarchic self-government, the Respublica Aesina.

In that way Jesi was able to continue exercising its power as a small republic also during the papal domination, which lasted – except the period between 1797, when Napoleon’s troops first entered the town and the restoration in 1815 – from 1447 to the Italian unification in 1860.

Linked to the great emperor is also the extremely important establishment in Fabriano in 1264 of a paper mill, the first Italian one and among the first in Europe.

Jesi, a little gem that must be seen

Surrounded by high walls over which stands the tower of Montirozzo, Jesi still retains its medieval setting. At the local art gallery are conserved renaissance masterpieces by many great artists including the Venetian Lorenzo Lotto.