Opera: the merging of bass and singing on a unique melodic line

The main difference between Opera and the previous polyphonic vocal music is the unique melodic line, resulting from the merging of bass and singing.

During the early Renaissance music aimed at “explaining” the words. Therefore a number of musical figures were sung at the same time by all the voices together in order to highlight some key-words of the text. The obvious result of this juxtaposition of embellishments was that the text was often unintelligible.

A new way for making words expressive and intelligible

Opera instead offered a new way for making words expressive and intelligible, by creating a single melodic line, supported by an accompaniment.

The first period of opera is marked by this keen desire to express the meaning of words. Specific vocal or instrumental “modules” were used to highlight and convey the text meaning. Musicians and singers on stage use gestures and even their body to show their feelings and increase expressivity.

Opera is yet another creation of Italian Renaissance, one of the most significant periods in human history. It was invented in Florence at the beginning of the 1600.

Bardi or Busini-Bardi Palace, where The Florentine Camerata meetings took place, is located at number 5 of via De’ Benci, Florence. Its courtyard is attributed to Brunelleschi

Florence was at that time an incredibly vibrant and creative city. An astonishing mix of art, architecture, literature and scientific investigation had flourished under the patronage of wealthy families such the Medici.

Yet the feeling was that music hadn’t been modernised just as much. So intellectuals, musicians and poets got together in a group known as La camerata de’ Bardi “The Florentine Camerata” to discuss how music could be reformed. Opera was the result of their work.

One of the most prominent members of the Camerata was Vincenzo Galilei, lutist, composer, music theorist, teacher as well as Galileo Galilei’s father. It’s highly likely that Vincenzo’s scientific approach influenced Galileo’s way of thinking.

His Dialogo intorno alla musica antica e moderna  Dialogue about the ancient and modern music provides a revolutionary scientific approach to musical instruments. There are described for instance experiments that prove how the tension of the strings affects the intonation.

Moreover the Dialogo provides a summary of the Camerata ideas. In order to move forward the Camerata intellectuals believed it was necessary to look back to the past. In particular thei referred to the ancient Greek drama, of which they exalted the simplicity and the expressive power. 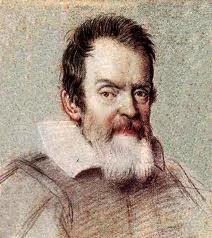 The Camerata believed that words needed to be clearly pronounced and heard and have precedence over music. To that end it suggested the use of monody, monodia: a single vocal line supported by an accompaniment.

The Camerata intellectuals believed that combining monodia with a fine, high quality play they could replicate the engaging experience of an ancient Greek Tragedy.

The first operas: Dafne and Euridice by  Jacopo Peri’s and Ottavio Rinuccini’s

At the end of the 16th century, the most important Florentine music patron Jacopo Corsi urged composer Jacopo Peri and poet Ottavio Rinuccini to get together and create something that could give body to the Camerata ideals.

Their first work, an opera titled Dafne, didn’t get to us but their next one Euridice, did.

A show to impress

Euridice was staged in 1600 to celebrate the wedding of Maria De Medici to the King of France Henry IV. The Medici sought in this new, sophisticated and lavish entertainment, a way to impress not only the French but also the neighbouring signorie and their political rivals.

In the following years, the most powerful Italian families such as the Gonzaga in Mantua, started commissioning new operas. Their purpose was the same: showing off their power and wealth, on the occasion of family celebrations such as weddings, coronations, funerals, births and so forth.