Leoncavallo from Naples to Calabria

Leoncavallo wrote the libretto for Pagliacci himself, inspired by a true fact happened at Montalto Uffugo, in Calabria, in 1865.

A crime of passion in 1865 Calabria

Leoncavallo had moved to Calabria from Naples, where he was born, with his family following the appointment of his father – a scion of the Apulia aristocracy – as a court judge. The judge who condemned to twenty years of prison the person responsible for the murder described in Leoncavallo’s opera was indeed Leoncavallo’s father, Vincenzo.

The fact involved two young men in love with the same girl, who occasionally served at the Leoncavallo’s. One of the two rivals fell into an ambush, organised to deter and punish him which tragically ended with the death of the youngster.

Pagliacci, a sophisticated work of art

I Pagliacci is a work of tremendous energy and impetus. The crowd scenes which open both the two acts of the opera are filled with vibrant “folksy flavor”; the final scene, as the action turns into a play-within-the-play, remains one of the most gripping scenes in Italian opera.

Pagliacci is an impressive, technically sophisticated work of art, even in comparison with Cavalleria Rusticana, the opera by Pietro Mascagni which is generally performed along with it.

It interweaves aria choruses and ensembles into large continuous scenes, constantly and effectively building tension also thanks to a powerful melodic inspiration.

The opera is opened by the famous prologue.

We are in a small town in Calabria (Montalto Uffugo – Cosenza), where Canio’s travelling company of actors is performing. Nedda, Canio’s wife, tired of her husband jealousy and brutality, has fallen for a villager, Silvio. Tonio, a hunchbacked clown in the company is also in love with Nedda, but she despises him and rejects his advances. 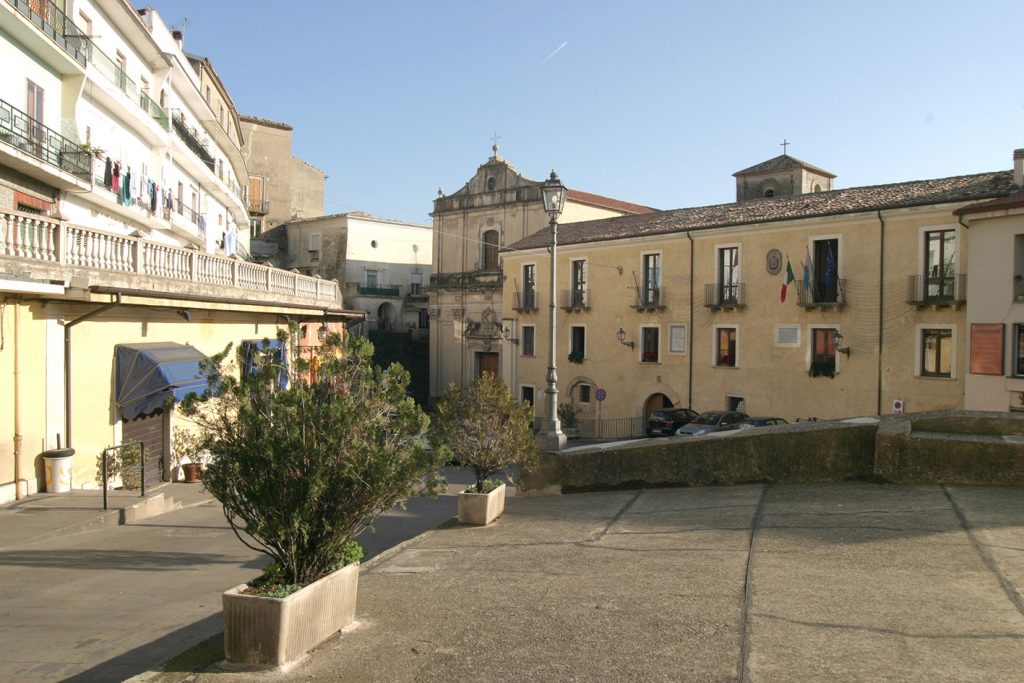 Tonio finds out about Nedda’s affair with Silvio. He catches them together and in order to take revenge on Nedda runs to call Canio so that he finds them together.  Canio rushes in but is only able to catch Nedda’s farewell to Silvio “tonight I shall forever be yours” as her lover disappears in the night.

Canio in total despair sings the famous aria “Vesti la giubba” put on your costume, used as a soundtrack of at least a dozen of famous movies. One of the most iconic of these moves is arguably The untouchable where  Al Capone, played by a Robert De Niro in one of his anthology roles, is moved to tears by (as the movie suggests) Enrico Caruso’s performance.

“Vesti la giubba” is one of the best renowned tenor arias of the whole repertoire. It is in fact both an expressive and a vocal test for any lyric tenor. We’ve selected some historical performances which contributed to the fame of this piece: Caruso’s, Gigli’s (my favourite) and Giuseppe di Stefano’s.

After the intermezzo the clowns’ performance kicks in. Canio is in the shoes of “Pagliaccio”, the cuckolded husband while Nedda performs Colombina, the cheating wife.

When Canio hears Colombina repeating in the play the same words she told earlier to her lover “tonight I shall forever be yours” he loses control of himself and starts demands the name of her lover.

Nedda tries to bring him back to himself and the acting but Canio, overcome by jealousy, drives his knife into her back as she tries to run away. Silvio takes out his knife and rushes on the stage but Canio stabs him first.

As the audience screams, Tonio says the final world of the opera: it is the famous line “la commedia è finita”, the play is over.

In the autumn 1965 Herbert Von Karajan recorded Cavalleria and Pagliacci for Deutsche Grammophon in Milan. It was such an astonishing production that many critics refer to the history of the interpretation of this celebrated pair of Verismo operas as pre and post Karajan.

In June 1968 Karajan filmed both the operas for La Scala.  Pagliacci, with the great canadian tenor Jon Vickers as Canio, remains to these days one of the most compelling of all operatic films. Along with Vickers the great Bulgarian soprano Raina Kabaivanska as Nedda, the English bariton Peter Glossop is Tonio while Silvio is sung by great Italian bariton Rolando Panerai, who starts with Pagliacci a long-time cooperation with Karajan.

Calabria the setting of the story

Obviously the setting of the story is Montalto Uffugo, the town in Calabria where the violence had occurred.

A beautiful region located in the south of Italy mostly unknown to the mass tourism, of exceptional natural and historical beauty. There’s enough to surprise the most experienced and demanding traveller.

A harsh morphology, ancient villages perched on rocky spurs: in Calabria many places are not readily accessible. In the same way people from Calabria are extremely reserved if not closed to the outside world and have a strong attachment to their traditions. So much so that in some areas the spoken language is still a Greek dialect and not Italian, a reminder of the Greek domination.

Calabria has a rich tradition of popular songs, influenced by its diverse cultural background, in which are often expressed feelings of love for the homeland and sorrow for having to leave it: Calabria is in fact one of the Italian regions most affected by emigration.

Calabria shares with Sicily not only its morphology but also its history. The area was already inhabited in the 12,000 BC.

The foundation by Noah’s great grand-son

According to an old myth, Aschenez, great-grandson of Noah, merchant and inventor of the rowing boat arrived in Calabria, and precisely where is now located the city of Reggio, three generations after the Great flood.

The prosperous colonies of Magna Graecia

Later on, about 850 years before the Trojan War, the Syrians came along; After them – VIII century BC – the Greeks, who mingled with the local population, creating colonies so prosperous and magnificent to earn the title of Magna Graecia (Great Greece).

In 265 BC Calabria was occupied by the Romans along with the rest of Magna Graecia but under the Romans the region lost its previous prosperity. Squeezed between the Byzantines on the north and the Arabs in Sicily the region, during the IX and X century, was devastated by raids and lost most of its population and wealth. Only the monasteries, culture strongholds, remained.

The situation changed when the Normans of the Altavilla family, became lord of Calabria in 1061. In 1443 Alfonso of Aragon conquered the territories of the Anjou family starting to apply the feudal system.

Calabria was annexed to the kingdom of Italy in 1860.