Verdi’s Falstaff | Triumph with a laughter

Falstaff relates to Verdi’s late years when after the enormous success of Otello no one expected him to create yet another opera.

Verdi and Giuseppina had a pleasant life routine at that stage. They used to spend winters in Genoa; the beginning of spring in Milan attending music events; the end of spring and most part of summer in Sant’Agata, where the composer attended business such as the collection of rent payments, purchase of seeds, repairs, new buildings works.

Yet his friend, librettist and composer Arrigo Boito noticed how much Verdi missed composing and for that reason started to insist in working together on something new, an opera that could end his career in an even better way than Otello, a “triumph with a laughter”. 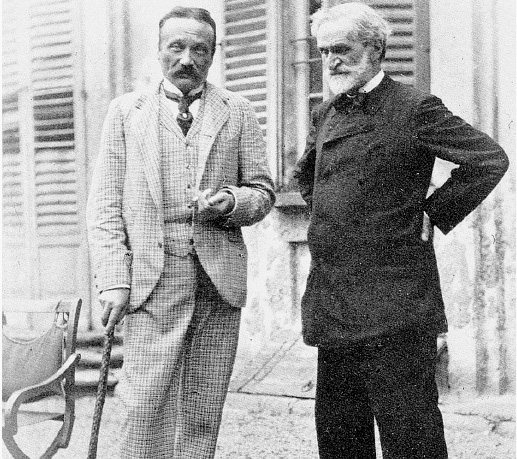 Triumph with a laughter

The idea came out during a conversation between Boito and Verdi. By May 1889 Boito had already sketched the libretto from Shakespeare’s Henry IV (1597) and The Merry Wives of Windsor (1602). Verdi, who had considered a comic subject before, at that stage was worried for not being able to complete it:  “What would happen if I won’t overcome my weakness…If I won’t be able to finish it?”

He was increasingly conscious of his age. Many of his closest friends had died. He could see Giuseppina’s health was also visibly deteriorating. She was suffering from arthritis and sometimes could hardly walk from the pains to her joints. “Everything is coming to an end” he wrote in a letter when his friend Franco Faccio, composer and conductor, died in a sanatorium in 1891. 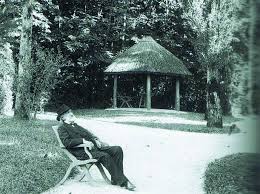 In 1889 Pietro Mascagni had won the first price in a music competition promoted by Edoardo Sonzogno, music publisher in Milan, with his opera Cavalleria Rusticana. The success of this work set a new trend in opera contents and style, opposite to comic, to say the least. So Falstaff was somehow a gamble.

Verdi and Boito, almost 50 years after the premiere of the last Italian opera buffa still in the repertoire – Donizetti’s Don Pasquale (1843) – were going to create a lyric comedy – “commedia lirica” in an everyday conversational style.

The project of this new opera was kept secret for over a year.

Instead of the stock situations of Opera Buffa with its stereotyped characters, they aimed to create original and multifaceted characters. Real people: self-conscious, reflective and even melancholic.

The story tells of the comic misadventures of Sir John Falstaff – an old-fashioned, run-down knight with his best years long behind him – and his rascal friends Bardolfo and Pistola.

Aware he’s not getting any younger and afraid that will end his days in poverty, Sir. John woos simultaneously two wealthy wives of the town of Windsor, Alice Ford and Meg Page.

The two ladies meet up along with Alice‘s daughter Nannetta and Mrs. Quickly and soon find out they’ve received identical love letters from the same person: some knight named John Falstaff. They both get offended and decide to teach him a lesson.

Alice’s husband Ford also finds out of Falstaff’s plans to court his wife. In order to verify his wife’s fidelity Ford pays a visit to Falstaff introducing himself as Fontana, a man who had been trying in vain to seduce Alice Ford.

Ford states he wants Falstaff to take on the task of seducing Alice and offers him a bag full of money as a further incentive: Falstaff will undoubtedly succeed making it easier for him to seduce Alice. Triumphantly John announces he’s already at it and at a good point: she has indeed given him a date. He will meet Alice in her own house between 2 and 3 pm, when her husband is out.

The meeting at Alice’s home turns into total chaos when Ford storms in. Meg hides Sir John in a laundry basket and Alice orders the servants to dump everything that’s in it, Falstaff included, into the Thames. Ford realizes his wife is loyal and they all have a good laugh.

Washed up on the river bank, Falstaff feels wet and sorry for himself grumbling about the wicked world and desiring to get drunk when Mrs. Quickly arrives.

She has a message from Alice asking him to meet her at Windsor Royal Park at midnight, disguised as the Black Huntsman. Convinced as he is of being fabulous Falstaff falls again into yet another trick organized to teach him the lesson. Everyone, dress up as wood fairies, will gather to frighten and make fun of him once more.

But the fat, self-centered, rather disgusting Falstaff turns unexpectedly into an operatic hero. He arouses and teases the people of Windsor until they turn on him. But in this confrontation, everyone gains a better understanding of each other and of themselves, as well as of life: in the end what else is life if not a joke? Falstaff triumphs: “I’m the one who mocked you” he starts quietly followed by everybody else in an electrifying fugue that ends in the final fortissimo: “all mocked!”

In the sentence “all mocked!” lays Verdi’s – and Boito’s – idea of life and afterlife. Both the composer and the librettist were unbelievably fond of life. When Verdi died Boito wrote: “I hate death. He (Verdi) hated it too. He was the most powerful expression of life you can imagine. He hated it as he hated laziness, enigma and doubt.” Yet, as Giuseppina Strepponi wrote “[Verdi] is a pearl, an honest man who understands and feels any delicate and elevated emotion. With all of that he is I won’t say an atheist, but certainly a weak believer.

With a stubbornness and a calmness that makes me want to beat him! I can talk as much as I want of the wonders of the sky, of the world, of the seas… He laughs at me and freezes me in the middle of my divine enthusiasm by saying: “you are crazy!” Unfortunately, he says that in complete good faith. Some virtuous people need to believe in God; others, just as righteous, don’t believe and are instead content observing the strictest rules of morality. Manzoni and Verdi! … These two men make me think; they are a true subject of meditation for me”.

The most powerful expression of life

Falstaff  too is passionate about life. His massive belly, some argue, stands as a metaphor of his appetite for life. His strong human personality makes him in some ways “likable”, his deceitful tricks somehow charming; as when he courts Alice in a ridiculous, elaborate and old fashioned way. Love gives wings to his imagination when he lauds the image of the future Lady Falstaff; when he imitates Alice’s voice in a comic falsetto, or when he recalls his youthful grace in the short song about the time when he was a slim page “quand’ero paggio”.

When soaked to the skin and humiliated, complaining about the world gone to the dogs, sings the theme “Va vecchio John” first sung as an anthem and now with the rhythm of a funeral march.

The people of Windsor also emerge as amiable folk in the end. The two lovers Fenton and Nannetta stand out. Their parts are marked by a different harmony, tempo and a gentle melodic line.

They act in opposition to Dr. Cajus and Ford who seem to be concerned only with their belongings: their house, their bed, their honor -although the disguised Ford expresses sweet feelings for his wife. The final fugue, which brings all voices together, summarizes the general reconciliation.

Light orchestration and a “conversational style”

The orchestration is mainly light to better fit the nuances of the language and the conversational style of the dialogues and in total opposition with the big orchestral sounds very popular at that time. Some have seen an influence of this opera on Puccini’s Gianni Schicchi and even Strauss’ Der Rosenkavalier.

In this final opera Verdi makes reference, often with subtle humor, to some of his earlier works – Alice sings Oscar’s harmony from Un Ballo in Maschera act2sc2,  Immenso Falstaff-Aida, E’ sogno-from Don Carlos and many quotes are taken also from Otello.

Verdi smashes all the traditional forms of Italian opera, creating a continuous and mobile melodic line that varies from bare declamation to the lyric expansion of a cantabile. There’s no longer a neat difference between recitative and aria as Verdi creates a type of singing that takes all possible nuances in between.

To enhance every single word the melody is divided into short fragments connected with the meaning of the words rather than with the structure of the verse. At the opposite, every act is treated as a whole. The novelty lies not in the uninterrupted music flow but in the revolutionary relationship between dialogical and lyrical parts.

Orchestra: the “connective tissue” of the opera

The risk of fragmentation relating with the use of short, seldom repeated motifs – something like, if you like, a musical prose – is resolved through the use of orchestra as a “connective tissue” of the opera.

It’s not the “leitmotif technique” – based on repetition of musical themes – used by Wagner. It is instead the use of the same theme, with variation, by the orchestra, to ensure the unity of a scene. It’s a technique similar to that used by Haydn, Mozart or Beethoven in their sonatas. In this way Verdi innovates yet using traditional techniques, a genius approach that explains why modern composers such as Mahler and Richard Strauss had the greatest respect for him.

Verdi indeed rather than breaking up with the tradition probably wanted to point out new ways for its renewal. Yet the innovation proved impossible and Falstaff stands instead as an opera marking the imminent closing of an era.

The new generation of opera composers followed the new trends of an immediate and engaging representation of passions using melodic singing.

Falstaff was premiered at La Scala on 9 February 1893, the audience included Mascagni and Puccini. The standing ovation for the old Maestro lasted half an hour. That did not fool Verdi: he was aware that Falstaff would never achieve a real popularity. Verdi attended also the following performance in Rome, when at the presence of King Umberto I, was granted the honorary citizenship of the eternal city.