Where Vincenzo Bellini meets the Coldplay | Palazzo Biscari in Sicily

Vincenzo Bellini and the Prince of Biscari, two great Sicilians

If a great composer such as Vincenzo Bellini was born in Sicily it’s also thanks to another great personality of his time, the Prince of Biscari Ignatiu Paternò Castello.

It was indeed the prince of Biscari who discovered and favored talented musician Vincenzo Tobia, Bellini’s grandfather. Vincenzo Tobia, born in Abruzzo, was called to Catania by the Prince Iniatiu Paternò Castello to teach music to his nephew. Tobia moved to Catania, met his wife and started a family. He never went back to Abruzzo and spent instead the rest of his life in Sicily. 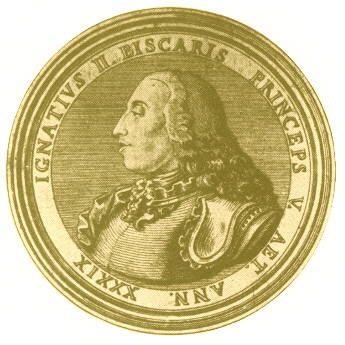 Vincenzo Tobia’s patron, the Prince of Biscari, was not only one of the most eminent people of the Catania nobility but also one of the most prominent literate and archaeologist of his time. He was a member of several Academes, among which the London Society of Antiquaries.

After the catastrophic earthquake which destroyed Catania in 1693, the prince and his family started to plan the building of a new palace, a place “comfortable for the heart and soul” that could be treasured and enjoyed by all. The construction works began in 1702 and ended over 60 years later, in 1763.

The Biscari palace is still one of the most beautiful in Catania. It was built in the very peculiar Sicilian style of the time, the baroque rococo. It encompasses nothing less than seven hundred rooms, forming an entire block of the city overlooking the famous arches of the marina and the port, a short stroll from the Theatre Massimo “ Vincenzo Bellini”.

The façade of the palace, made of black lava stone, is decorated by limestone statues of precious white stone from Syracuse, featuring a contrast which is characteristic of Sicilian architecture.

Inside, decorations, paintings, and frescoes, particularly in the big hall, give the place its wonderful charm and elegance, which hasn’t changed since it was built 250 years ago.

A unique feature of the ballroom is the cupola, a loggia for musicians which opens into a gallery, where musicians were arranged during the sumptuous parties.

Part of the palace was originally designed to be a museum, in which the Prince collected and showcased archaeological remains, still is to these days.

In other parts of the building are now located the apartments of the descendants of the family, the Princes of Biscari, who still live in Catania, organizing cultural events, promoting their palace as a venue for meetings, concerts, conventions.

Classical music events and seminars attended by world renowned artists take place in the palace regularly. A vivid reminder of the past it provides a dreamy, surreal setting with its unique atmosphere.

The Biscari palace in the over 250 years since its construction, has been visited by famous people, among which also Johann Wolfgang Goethe, who wrote about the Biscari family and palace in his “Italian Journey”. 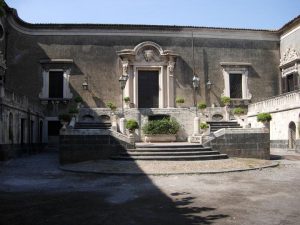 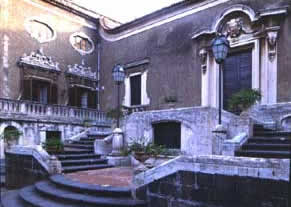 Coldplay, from the Biscari Palace to the “Violet hill” of Mount Etna

More recently (2008) Palazzo Biscari had been chosen by the band Coldplay as setting for the “Violet Hill” official video. The band is showed playing in the main courtyard of the palace, in front of its central double spiral staircase.

In the video clip are also featured some breathe-taking landscapes of the volcano Etna. 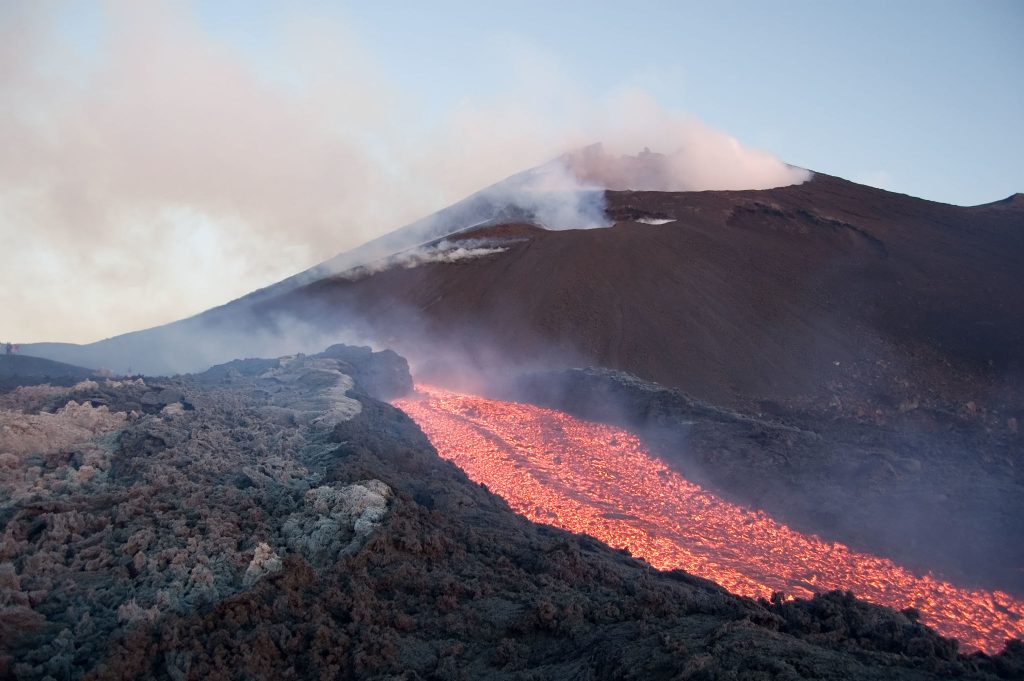 Mount Etna, with its unmistakable shape, is the main element of Catania landscape.From the top of the volcano you can enjoy the most fantastic view made of an impressive variety of colours and shapes: from the black lava stone of the mount to the white snow that covers it, down to the sea, one gaze can embrace the asperities of a high mount along with the intense blue of the Ionian Sea.

View of Catania – from the pier to Mount Etna

A place for active holidays

Mount Etna offers a wide variety of activities: from hiking to skiing, from wine and food tasting to shopping of souvenirs made of lava stone. 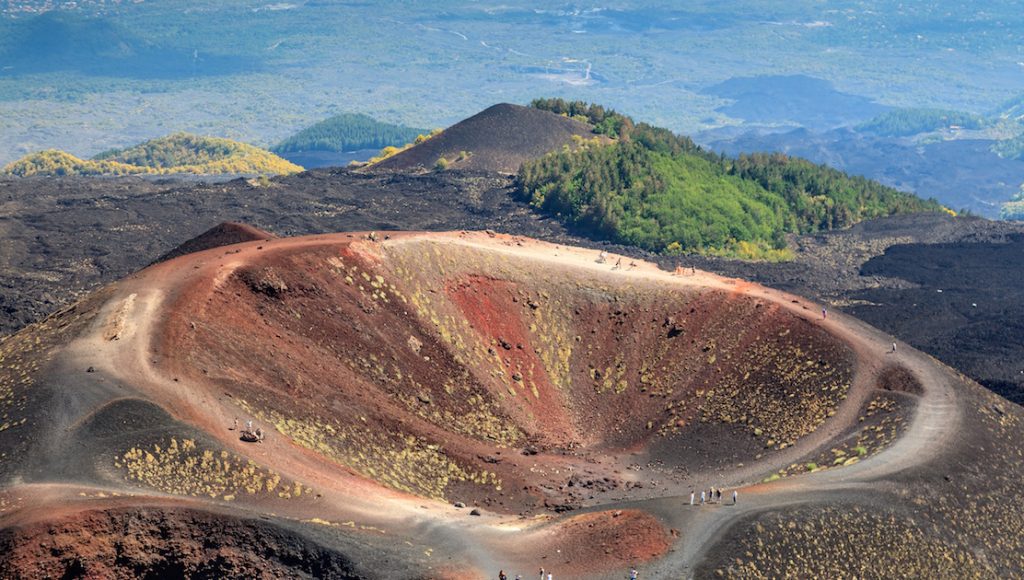 To find out more of what intrigued many, including the Coldplay, about this unique place visit Catania, Vincenzo Bellini’s city.

Here can you see the videoclip:

View all posts by Marisa Bonamico →