The short life of Vincenzo Bellini

An anonymous manuscript reports that the young Bellini was a child prodigy.

At 18 months he learned an aria and “was able to sing it delightfully”, three years later he started the study of piano. At 4 he conducted a motet in place of his grandfather, a bit over 5 he was already able to play piano “admirably”, at 6 years wrote his first motet, Gallus cantavit. At 14 years of age he composed a piece for Good Friday with a “nice cantabile melodic line in the typical eighteenth century taste”.

His grandfather, church choirmaster, did what he could to help developing his nephew’s gift and when he felt he could do no more he wrote a petition to the Duke Sammartino, superintendant to the Catania valley, asking for financial support to send the boy to Naples.

Naples was a completely different city from Bellini’s hometown and one of the largest and more advanced in Europe. The composer went to study at the Royal College of Music, the institution which united the previous four prestigious conservatories of Naples into one.

Francesco Florimo, Bellini’s friend for life and his first biographer

At the conservatory Bellini met Francesco Florimo, a student from Calabria who had enrolled 2 years before, developing a strong and close friendship that will last his whole life. Florimo devoted the last part of his life, until his death in 1888, to build Bellini’s myth, making use of the lifelong correspondence he exchanged with his friend and “conqueror of glory, art and love”.

During his studies in Naples Bellini composed some sacred and instrumental music, a few arias and his first opera, Adelson e Salvini – Donizetti was only 4 years younger than Bellini but was already famous at 20.

Bellini wrote his first opera for the San Carlo in Naples, Bianca and Fernando at the age of 24. The subsequent success provided him the opportunity to meet important people, such as Domenico Barbaja. Barbaja had just became manager at La Scala theatre and therefore was able to offer him an engagement for Milan.

In Milan: building a career as opera composer

In Milan Bellini quickly entered the best circles of the aristocracy. Unlike many of his colleagues, Rossini and Donizetti for instance, he was never employed as a teacher or musical director by an opera house.

He was able instead to sustain himself solely with his work as a composer, also as he could sell his operas for much more than the normal average paid to a composer. It also helped that he lived for months and even years as special guest in the country villas of wealthy families, such as the Turina Cantù.

With Giuditta Turina Cantù unhappy wife of the landowner and manufacturer of silk Ferdinando Turina, Bellini started a passionate love affair that went on for years. 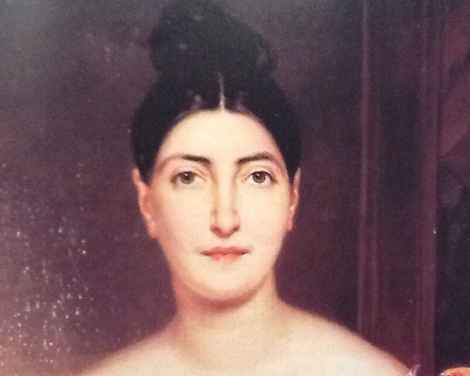 In Milan Bellini met an artist who was going to be fundamental in his career, the greatest theatrical poet of his time: librettist Felice Romani. Their cooperation lasted for 6 years. Romani, who wrote something like 90 librettos, created for and with Bellini some of his best ones.

Felice Romani’s focus was finding a perfect balance between art and the taste of the public. For that reason he was rarely writing something totally original, preferring instead to work on already tasted and popular subjects.

He had an infallible sense for good linguistic choices and a true gift in making a text lyrical and refined yet understandable. He was also able to reduce to a smooth and coherent plot the most improbable, excessive in rhetoric or passions subjects.

Bellini had in Romani an irreplaceable collaborator, able to assist him in selecting suitable subjects and balancing the effectiveness of the situations represented, their lightness or gravity, with his classical yet innovative style.

Bellini was actively involved not only in shaping the subjects but also in writing the verses, in order to insure the effective delivery of his idea simultaneously through word and music.

The first opera produced through this collaboration was Il Pirata The Pirate, an opera that completely electrified the audience in Milan on October 27th 1827, night of the premiere.The newspapers titled “the start of Italian Romantic opera”.

The new romantic era spans for almost 20 years, until at least Verdi’s Nabucco – 1842 – which changes romanticism bringing in for the first time the masses.

The staging, personally supervised by Bellini and Romani, must have appeared surprising yet somehow expected, as something that everybody felt was “in the air” but had not yet taken shape.

After La Straniera The Foreign, staged in 1829 at La Scala theatre Bellini wrote with unusual haste Zaira for the newly opened theatre in Parma. This opera wasn’t successful, probably because of its libretto, but many pieces, as many as 8, became part of his subsequent work: I Capuleti e i Montecchi.

Bellini’s following opera Sonnambula, was performed at the Teatro Carcano in Milan in March 1831. Wagner was definitely thinking of opera such as Sonnambula or Norma when writing the words: “Bellini’s music core is intimately and closely tied to the words”.

The following opera composed for Venice, Beatrice di Tenda, was a fiasco although Bellini thought it was as good as his previous ones.

The year 1833 was dedicated to the revision of 3 of his works –Il Pirata, Norma e I Capuleti e i Montecchi– for the staging in London.

Of his life in the British capital Bellini wrote: “I enjoy myself very much attending parties, theatre, dinners and concerts. I know everybody, everybody invites me“.

In August 1833 Bellini moves to Paris where he underwent negotiation with the Opéra while Il Pirata and Capuleti were successfully staged at the Théâtre des Italiens. Finally in April 1834 he could start the composition of a new opera, I Puritani, on verses of the Italian exile Carlo Pepoli.

Triumph and sudden death in Paris

A French version of the opera was staged in January of 1835 and was a triumph. He was named Chevalier of the Legion of Honor, finally achieving the position he always aspired to that he defined as “the first place after Rossini” .

He was still living in Paris, making plans such as getting married and composing new operas, when at the end of August he fell ill and suddenly died on September 23rd .

He was left in isolation in a cottage in Puteaux, outside Paris, for suspected cholera. The autopsy later revealed that the death was instead: “[…] the result of an acute inflammation of the large intestine, complicated by access to the liver“.